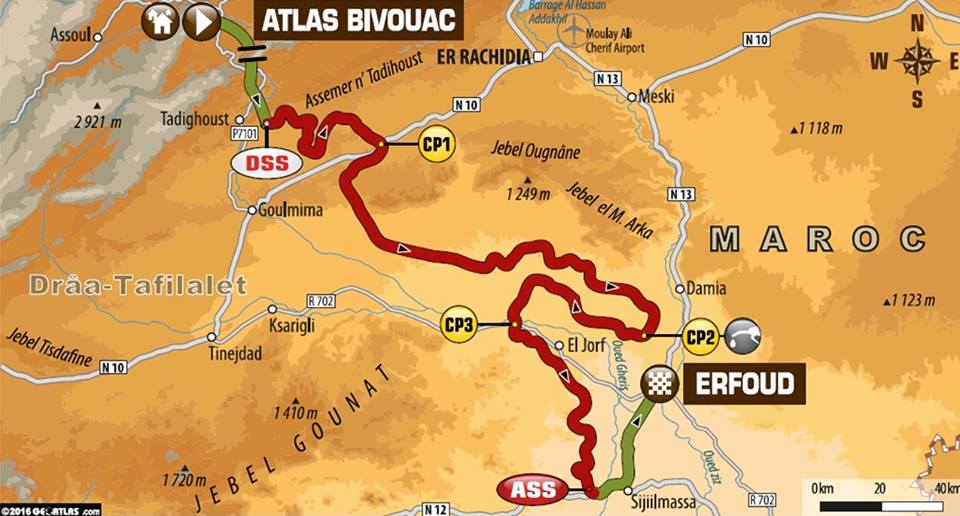 This stage has been the worst for me. After leaving the bivouac, we have lowered the mountain along a beautiful track. Then we took asphalt to bind to the exit point. The link has been long.

Though he knew where, more or less, I found myself, could not follow the roadbook. After 140 Km of special, without achieving the control points using the navigation, I went directly to the new bivouac in Erfoud. For me it makes no sense to reach the CP by the road or main track, if it has failed to locate them according to the roadbook.

Navigation during the first three stages I did really well, but the Merzouga Rally is very hard and tiredness affects concentration. The navigation is complicated and can not be lowered guard nor a second. 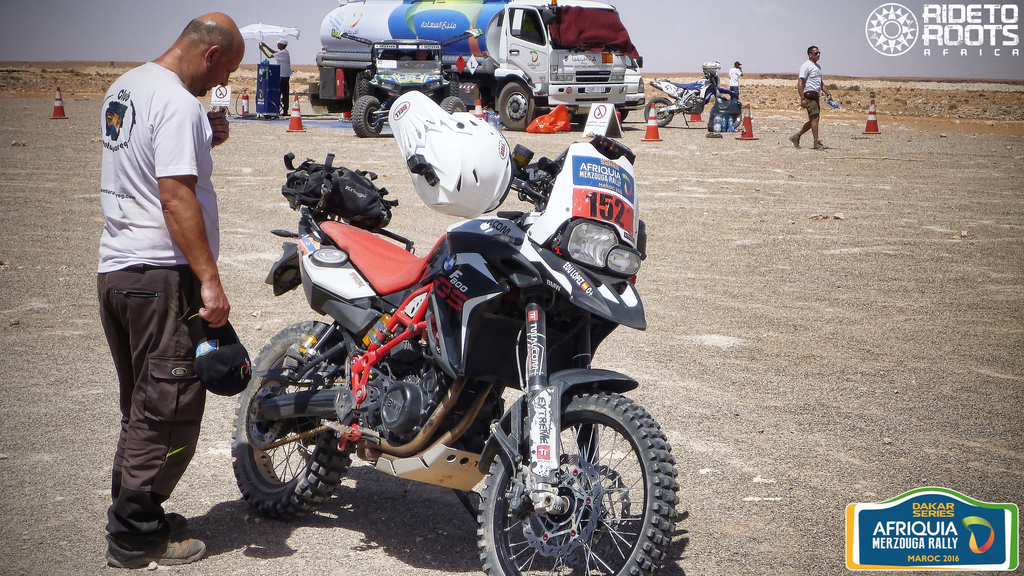 Making an overall assessment of the race so far, I think that it has not been too bad. At times I thought that storm (and my hands)-busting by the amount of stones we have navigated. Dry rivers have been really complicated, since there were multiple ruts of the other participants. If any improvement need storm for such trot is a new fork. The current settings will not bad for trips and outings offroad, but for the off-piste demanding no more travel and that adapts better to the ground. I have the swollen fingers from so many hits, sometimes forced me to fly seated so that there is so much pressure in the hands and might well use the brake and clutch levers. 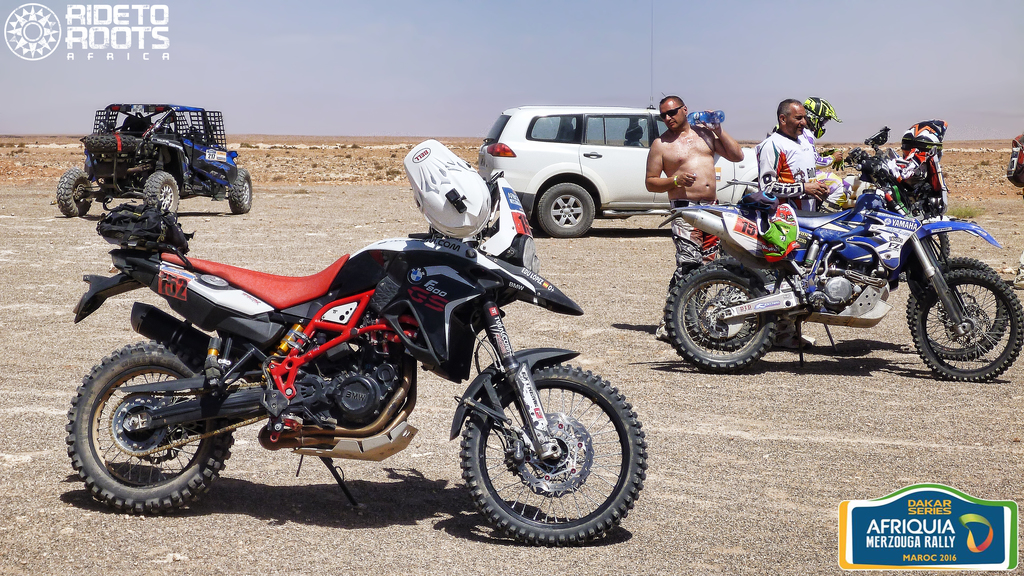 The Öhlins Racing rear shock AB prepared by Andreani MHS Ibérica has behaved excellently. It has maintained its good behavior through every stage. Now I know why the Swedish firm has such a good reputation, and if added to that great work of preparers like Iberian MHS Andreani, then the final product is guaranteed to be the best that can be mounted on a motorcycle.

This Afriquia Merzouga rally is quite an experience. Hard and demanding. I have clear that if one wants to be competitive must go with a lighter bike. But, the reason why I decided to participate with storm was the bring the two-cylinder only this rally until the end, showing the robustness of the BMW F800GS, which not has complained about absolutely nothing. 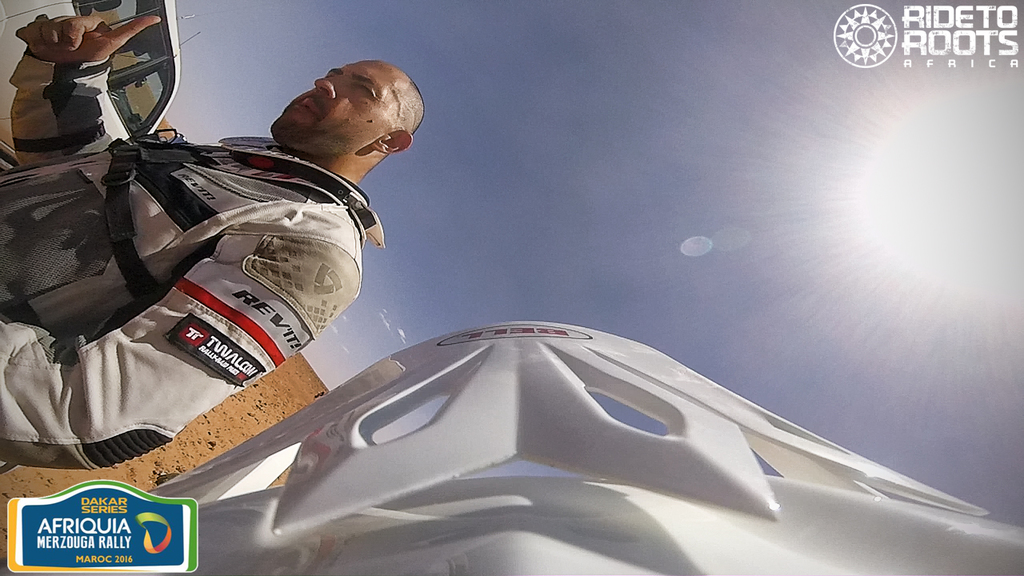