Having prepared in haste to storm in early June, for a test of the national Championship rally/Portuguese raid, I thought I would not have too much work on having the bike ready for the next Test at Maçao, again on lusas lands. When you need to have your mount at 200%, you can never relax. Always, when you check it, you'll find something to improve.

Checking the chain I noticed that the security clip on the link was missing. I do not think that walk many miles without him, as I usually review the chain very often, but it does not make any grace to disappear without one to realize the lack of his presence. Fortunately, these links are usually well fixed and do not usually move from their site. I always reserve both master links to Rivet and clip.

Mounting the module with all the navigation instruments, connecting it and checking it is also something worthwhile to do with time. I must say that the electric auxiliary facility that was made to storm at the headquarters of Twalcom, Italy, almost three years ago, has not given any problem. The only problem I have had was the breakdown in the ICO, the computer to manage the KM during the race, which stopped working at the end of the first stage of the Fafe Rally. The distributors of the brand in Portugal were kind enough to help me detect the problem and replace the device, and so I could perform the second stage of the rally.

It is the third rally in Portugal in which I participate with Storm. The paths are not designed for heavy bikes. The bikes of the grill are, for the most part, motorcycles of Enduro or Rally of 450cc of no more than 160 Kg. In the edition of the Rally Maçao last year sorteé the most complicated trialeras, looking for alternative roads. In this issue, perhaps because of the experience gained and that I was somewhat more rested, I have encouraged myself to go through places that I normally don't even consider doing if they cross my path. I loved doing it and see that storm is still in shape and is very capable, even if the suspensions were begging by a good maintenance and fine tuning, which they lacked since I installed them. I am very meticulous with the maintenance of the bike, but the issue of suspensions, depending on a third for review and be often traveling, I have not found the time for it. and time passes. And so much happens! 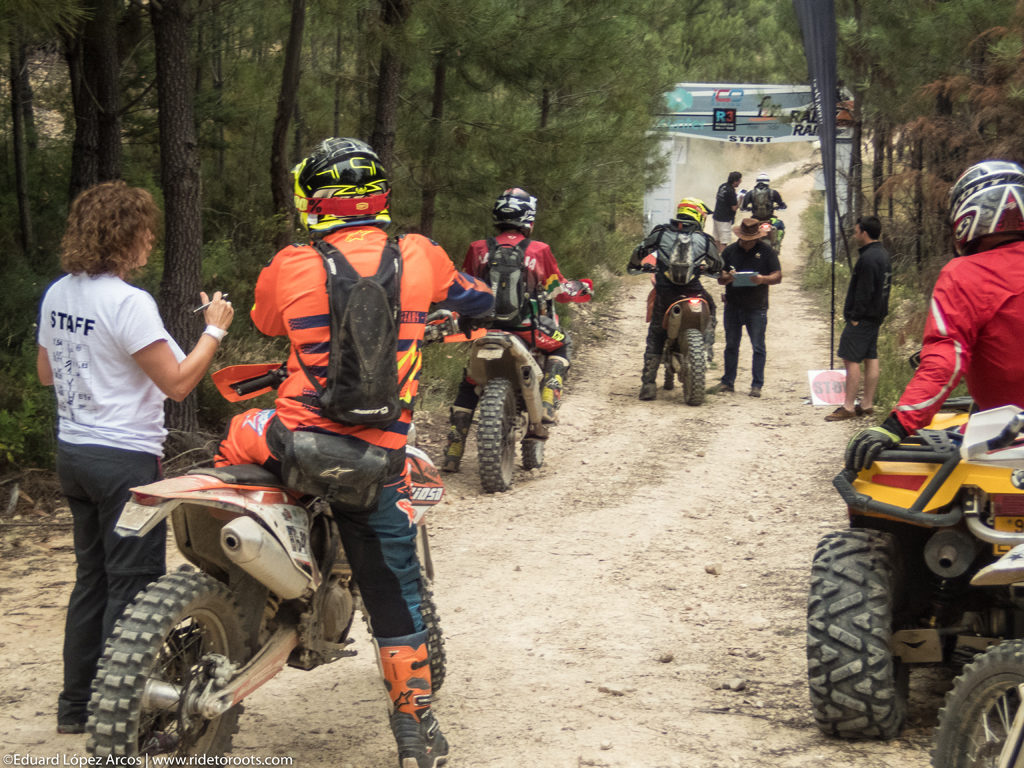 Maçao has felt the heat. The stages in Portugal are long and demanding, so you have to manage them very well to not end up exhausted, especially with a machine of 215 kilos. I really enjoyed the whole rally, especially during the first half in which it was cool, faced the trialeras with optimism and in the fast stages storm took me to a happy pace. But I knew that sooner or later those miles would get me crushed. The terrain was hard and with lots of loose stone. The number one enemy of the storm. After passing one of the checkpoints, I refueled, took a snack and ate something light.

The second part of the stage was full of new challenges, some very demanding. In the midst of a descent trial with a very pronounced drop I was waiting for a stone step of more than half a meter. Such an obstacle had to be overcome with precision of neurosurgeon, especially if, like me, you had not chosen the best step to minimize the difficulty. I passed the front wheel through the rock, gently opening the gas to release the front wheel, without passing me not to stamp it with the rock that lay immediately. Despite taking the body back the fork was not able to recover in time, the drop was too strong and all my weight and the bike fell mercilessly on the front train. I jumped in the air and went to the inside of some brambles where I was trapped for a few minutes without being able to unravel while the storm kept beeping. A branch was triggering the horn. That was a moment of madness. The warmth, the brambles that imprisoned me and the cries of storm. When I managed to free myself I picked up a storm, ended the descent and went to a safe place to control the consequences of the accident. What a hard machine!

While I must remark that although I treat very well, and not usually fall, in a mishap of this type everything can happen. I prefer not to use tubular protectors for the fairing and motor. They are an extra weight and can sometimes be more of a problem than a solution. What is essential for a BMW F800GS is a good crankcase protector, sturdy aluminum fist guards and somehow reinforce the anchors of the radiator, the weakest part of this bike. 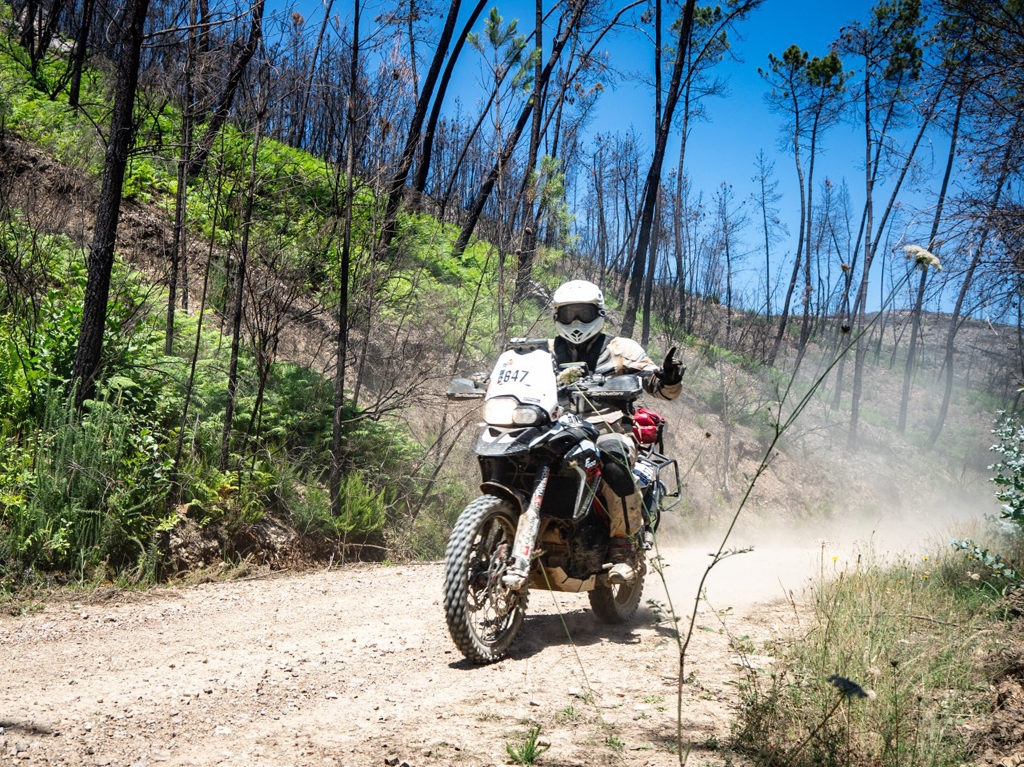 I'm delighted with Portugal. In these events, the participants, the organization, generates a very healthy atmosphere. Motorbikes, sportsmanship and respect for nature are all about these Portuguese rallies. 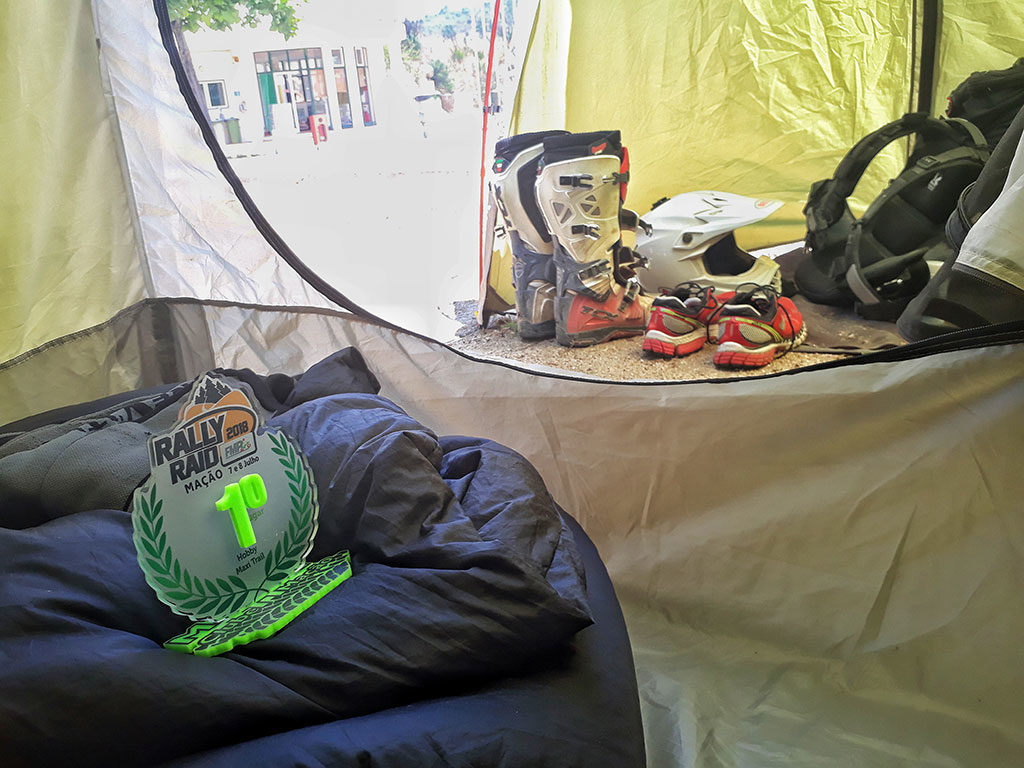