During the morning, after the technical and administrative checks, they deliver a Roadbook to make a distance of 37 kilometers tests, called Free Practice. With this route we should check that all material navigation is well calibrated and working perfectly. We are a little bit of everything: stone, fast track, sand and dunes. Afriquia Merzouga Rally Dakar Series promises to be hard. 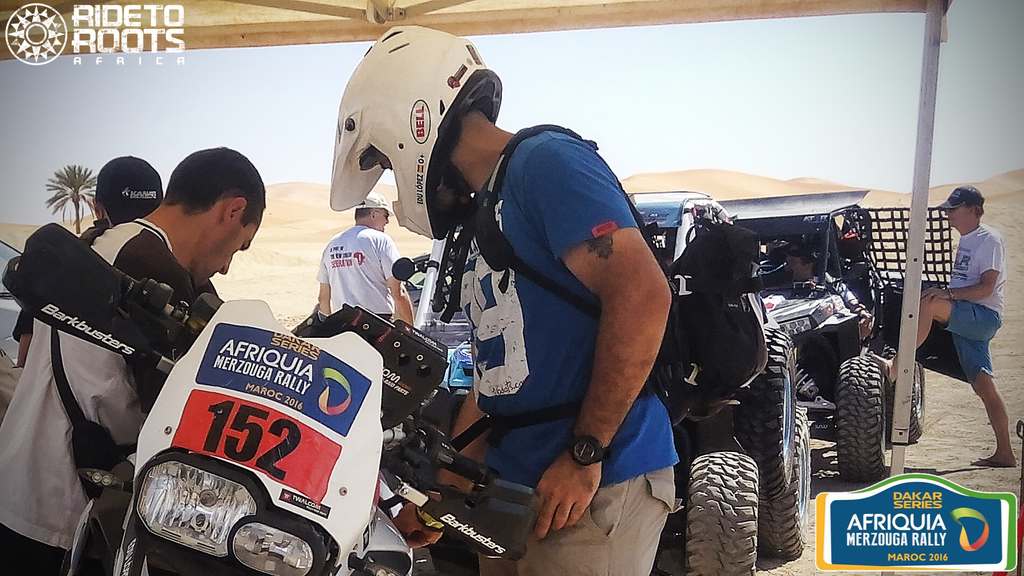 In the evening we have the prologue stage, with which the start order for the first stage shall be determined. I’m going to the Bulletin Board information to know which is my time of departure. I can’t believe it, I have to run first! It is my first rally, still I have no experience with GPS of the Organization and have open track.

I’m going with cool head, but the minutes are falling and make that be realizing the situation. Nerves have started to emerge… The 10 minutes I had to put the Roadbook were funny… It was not zeal and I ended up installing it as I could. Call me to exit the Park closed and I note that the “papelico” has been winding as a churro. 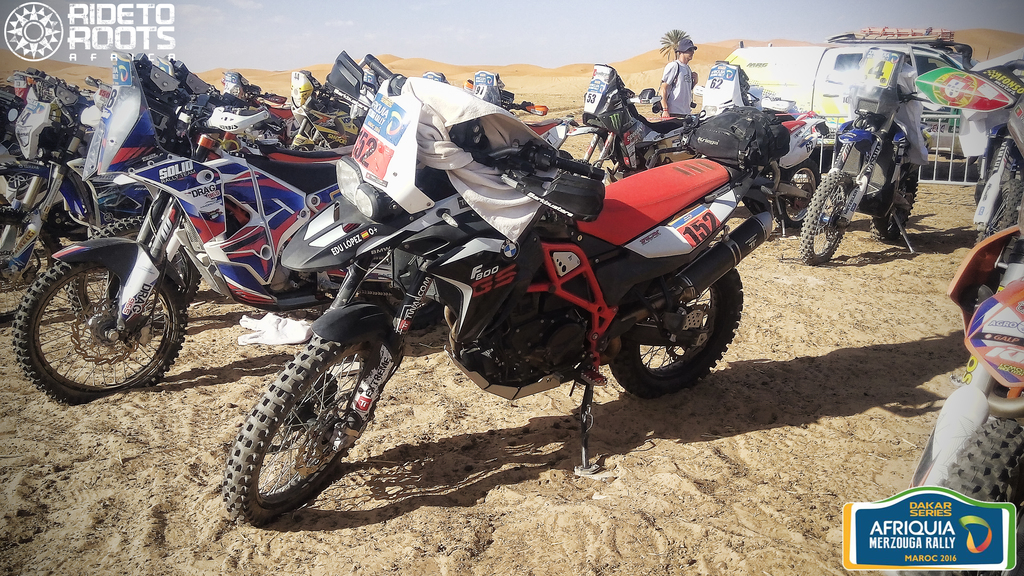 I leave and I get on the starting line. The stopwatch is 3 minutes and start to deduct.

Second, and gas to the Dakar Series

I take the exit to zero. It was on the sand, so I get second and gas! I consult GPS, still I do not understand, the roadbook of three vignettes is wrapped and I do not see the directions. Front of me appears a dune cut and high… With nerves lies down the bike to get to the top. Come two Italians and go forward, I follow them. I see the high dune and find a way to pass underneath. At that time, I see that an arrow appears on the GPS, just in the direction for where they are going to spend the two Italians… Dune high and cut! As you will have to go there? Throw up, and I’m in a span of the top. The bike becomes perfectly, but I fast I, and short gas before overcoming it. Not good! I would like to return to the bike of 180 degrees but with so much momentum imbalance I, dropped to storm and caught my foot. Ja ja ja ja ja!
One with a quad that ignores me or happens. Another pilot with quad for in the middle of the dune and lifts the bike so I can get the foot. Thanks a lot guy! I raise the bike, under the dune, lame run, climb it and continue. I’m already going better, and finally came to the end.
They have only been 3 km prologue… well… I have 4! ja ja ja!

What could be done in 5 minutes I did it in 16. Roadbook, GPS that has its own life, storm that is going to stop and I I put me all crazy. Too much for a newbie like me who need to open track in a Dakar Series with a motorcycle over two hundred pounds.

I’m happy because today I have learned several lessons and hope I serve for the following days.

The Afriquia Merzouga Rally has taken nothing to us on the website that we have. We will take this opportunity to learn everything you can and more. It’s fun, but learn a 215 kg bike won’t sing!