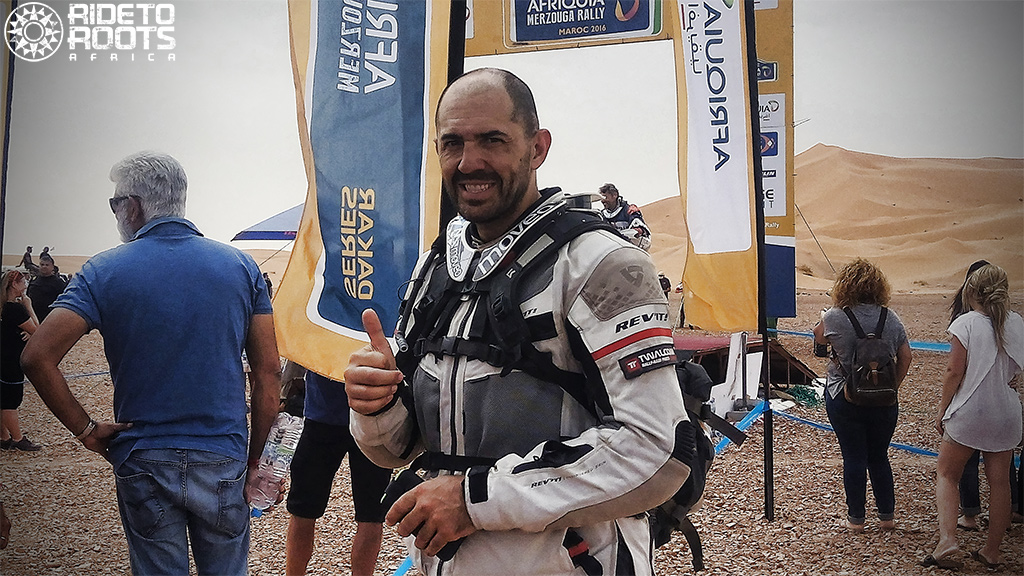 It has been a week very agitated, full of anecdotes, people, many bikes, much gasoline and water, and above all a myriad of experiences focused on several Marathon sessions.

Erg Chebbi dunes were the protagonists in the last stage of the Afriquia Merzouga Rally Dakar Series. It was a distance of 37 Km to the EXPERT category and twice for the PRO, sailing with roadbook, passing through different waypoints to reach the finish line.

In the morning I decided to the fifth and final stage, while the kilometres of link to the point of departure, the Lake Yasmina. I had slept at home, so it played to move me to Erfoud for output. I got up very early, changed the air filter to a storm, I installed the roadbook roll and left over time very fair.

A few kilometers later for my departure from Hotel Xaluca, I realized that had left home without breakfast. In the rush I forgot, although neither gave me time. So, as I still had an hour for the start of the special, I deviated to the Kasbah Saïd. There I found my friend Fede and I was having breakfast with David Casteau. I left the House of Fede with the battery charged to 100%.

The output was in line and we went out all at the same time. Insane! It was clear that will form a chaotic points, where some engancharían arriving at the ridges. I did the exit at the same time that all, but then I could see that my idea was not wrong. The heaviest motorcycle rally are about 160 kilos. Storm, my BMW F800GS weighs more than 215. Calvary which would have an accident in the middle of so much hubbub had done that he suffered much and had many chances of abandonment by exhaustion and dehydration, as did several pilots, some of whom had to be evacuated.

After the first Dune I away me a few degrees to the East to avoid problems and I was navigating dune without paths for kilometers. A delight! I sought a point of intersection to meet the top drivers and when they reached it followed his traced until the arrival. See those magnificent pilots to fly over the dunes, in the front row, is a spectacle!

Storm and I were the first to get on the podium of arrival with a time of 57:10 minutes. I was very very happy! 🙂 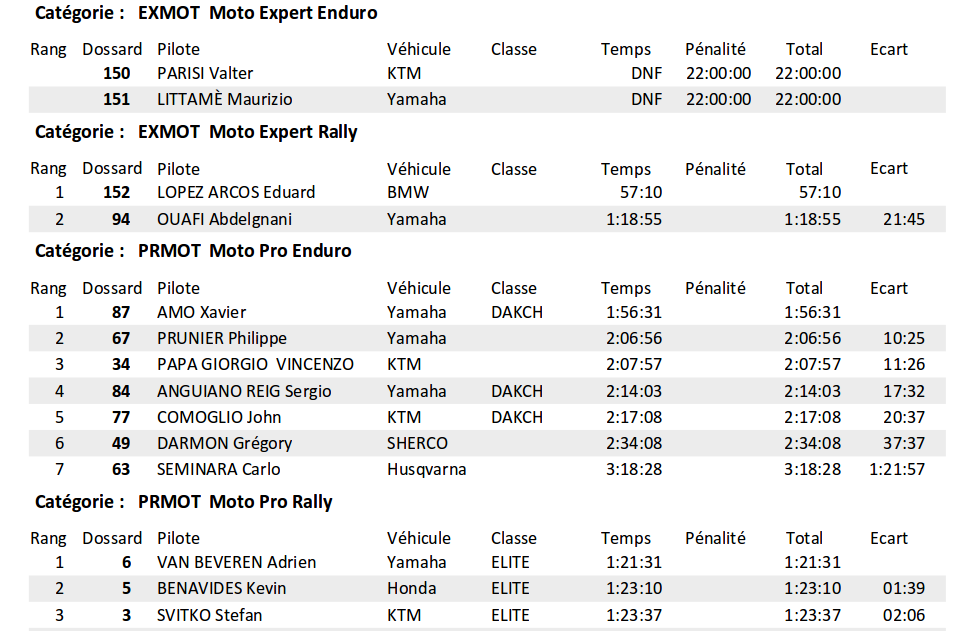 News with this edition of Afriquia Merzouga Rally Dakar Series ratings are on the official website of the Dakar. The news page you can download in PDF from here.

Storm, after participating in the Afriquia Merzouga Rally Dakar Series, has remained practically intact. In addition, this bike has shown tremendous performance and reliability. Every day, arriving at the bivouac, I looked at the chain, which neither had it be tensioned, checked the oil, and I had to add, and looked at the level of the water, which did not never boil. I used three air filters in total, to be practical, to maintain a good flow of air and to avoid problems with so much dust.
It will not be the ideal bike to rally, but what is clear is that it is very hard and that it is a machine that, if we take care of it, takes us beyond where we want.

Participate in the first Series Dakar held in Africa and do it with a BMW F800GS, has been possible thanks to the collaboration of BMW Motorrad España, Online consultancy, Twalcom Spain, REV’IT!, Iberian AndreaniMHS, TCX Boots, Kriega, Outdoor area and BELL Helmets.

Thanks to all the friends who have shown their support for this project from the beginning. It’s comforting to know that we share passions and feelings. The energy given off by your support gives great force.

I’ve been finding new friends during the days of rally. Some were part of the Organization, others were pilots, mechanics or team leaders. We didn’t know if we would end the rally, but in no time we think anything else that wasn’t advancing up to the goal. People with many rallies behind him recognized that participate in this ordeal with a BMW F 800 GS entails a demanding job. Reach the goal whole already has been all a victory. Thank you for your encouragement and advice.

Simona has made a great effort to be in the right place when needed. Has it been concerned prepare daily meals, which has really been invigorating, and not missing me nothing. Without you I would have been without power first race day. Thank you for being part of the team! :* 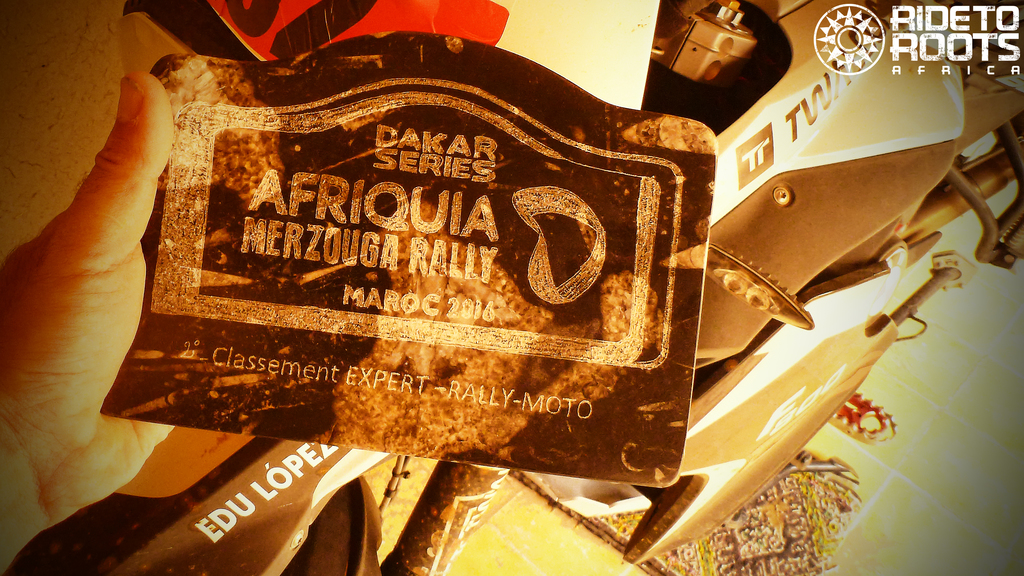 Upgrading the bike from the desert