I loved last year's experience at the R3 Maçao Rally, so when I found out that in a few days the CNRR Fafe was held (from 8 to 10 June), also organized by R3, I got to work. Did I say a few days? I had just arrived from a trip of almost three months by Thailand and Laos, and I had encountered storm with the dead battery, the crooked handlebar of a "little" fall I had on my last trip, worn wheels,… In short, he had only two days to set a storm for his third international rally (sounds important, huh? lol).

The first thing I did was get a new battery, load it and install it. 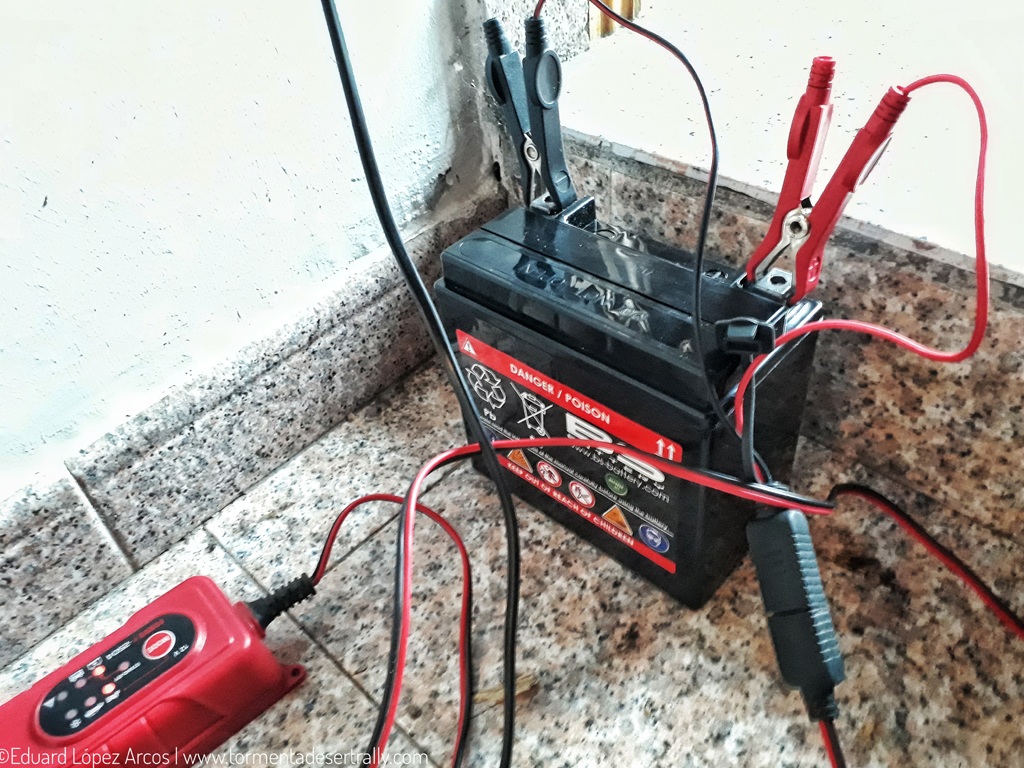 For a while it was not possible to access a new original BMW handlebars, so I had to find an alternative. I have never been 100% convinced of the position offered by the original handlebar. Storm is equipped with a few lifts but not just solved the height that would be optimal for me. Higher elevations would imply less precision during piloting, and probably more vibrations. So I headed to the store of my friend Andrés, Motorrad Ourense. It has a very good selection of products for the motorbike and the biker, and with good prices.  I had been looking at options online and saw that the Renthal FatBar could be adapted well. Not being a replica of the original BMW I had to make a series of modifications to be able to mount the controls and fists that go with the heated system. 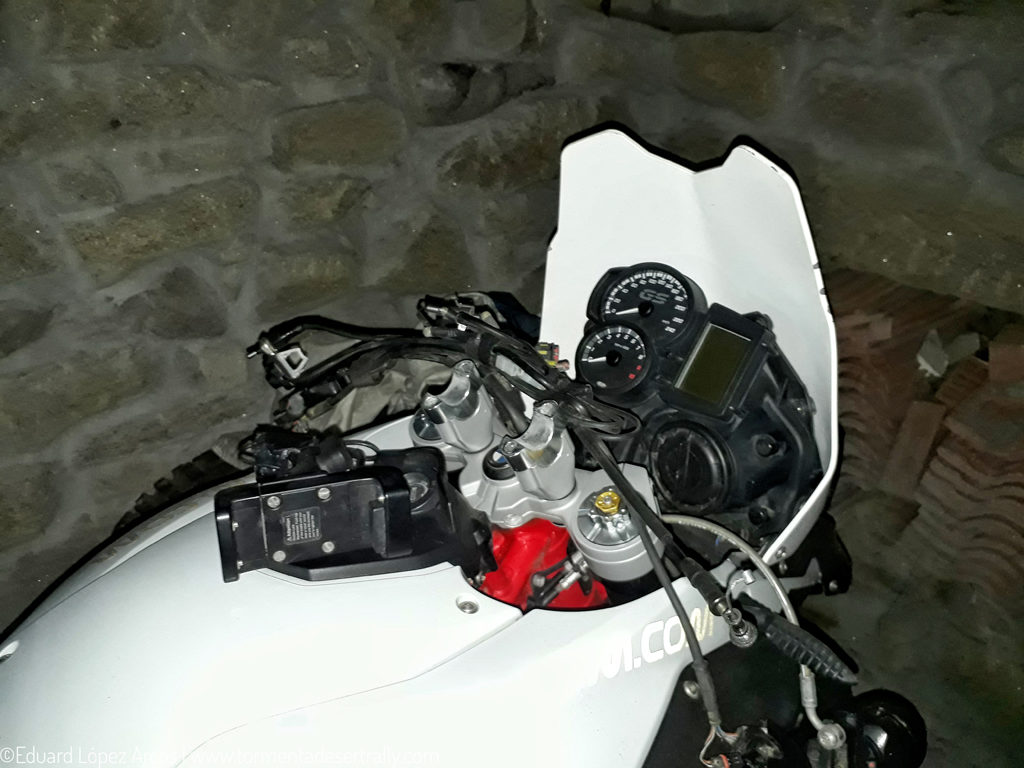 I drilled a hole on each side of the handlebar to be able to pass the clamping screws of each cuff. Then I had the problem of adapting the specific Barkbusters hand guards for the original handlebar of the BMW F800 GS. I got some aluminum dowels, which I also adapted, in order to fit the original counterweights. After I got this ready, I proceeded to the montage. It is then that I realize that I must make a hole in the aluminium bar of the protector so that I can fix it to its support, since it is too long. 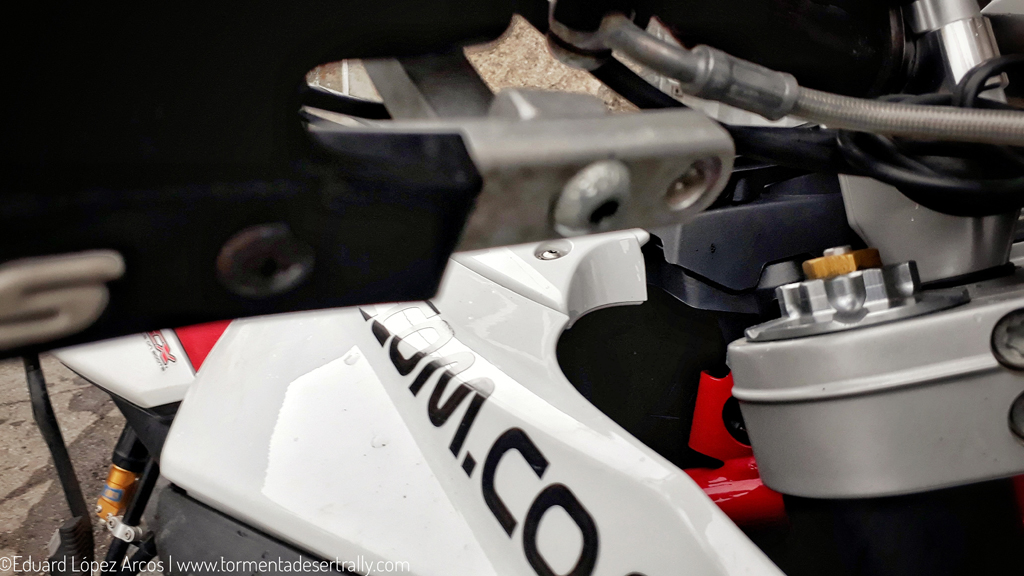 New hole a centimeter to the inside of the original hole

The end result is excellent. Everything is firm and in place, and the black color feels phenomenal to storm. The angle of the handlebar is different from that of the original and the position is more enduring and natural for offroad driving. 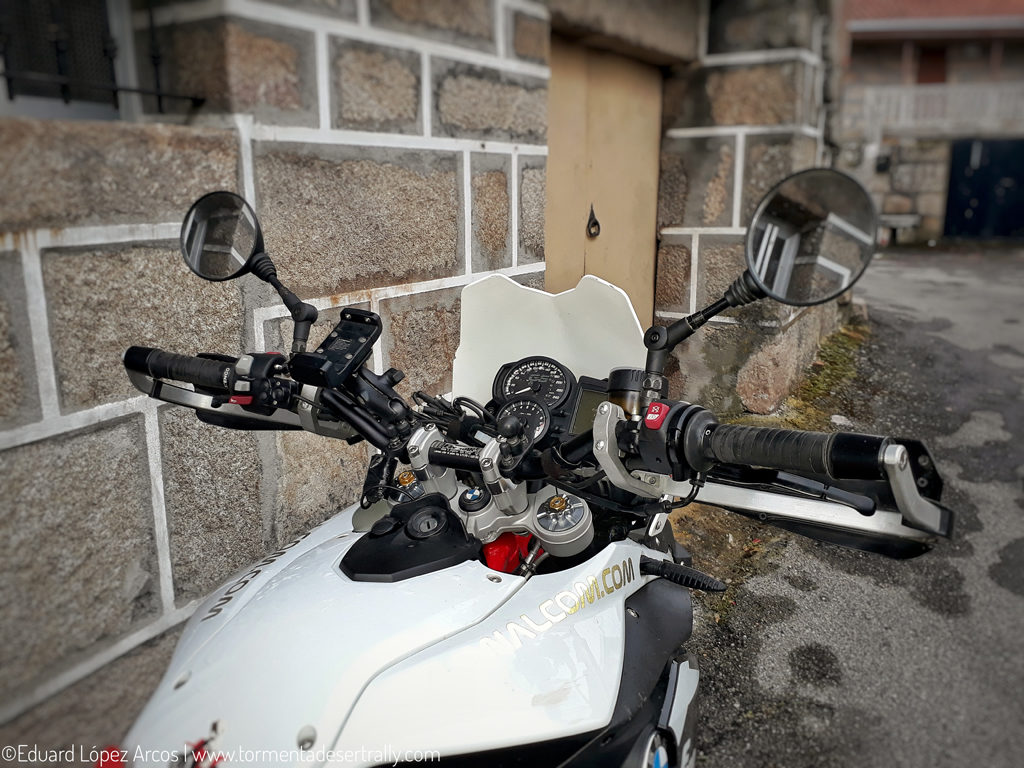 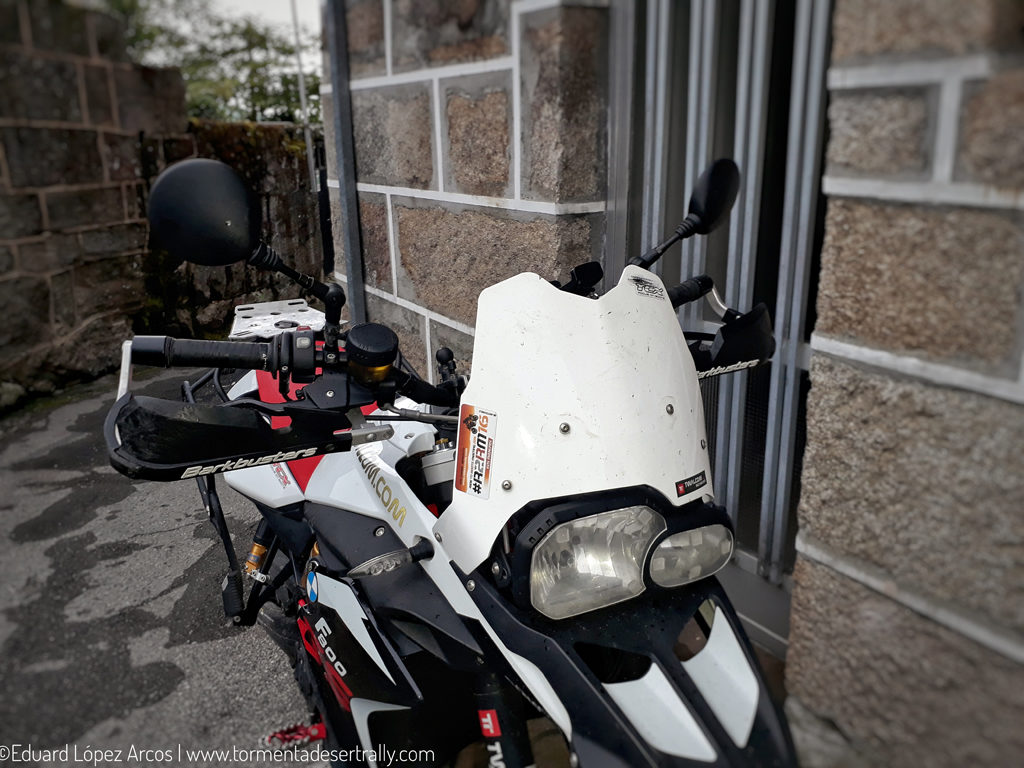 Adapting the handlebars took me longer than expected, so I was late. I had stayed for the last day, just before I left, changing the two tires for a new set of GoldenTyre GT723. I had a new front GT723 tyre at home, so I asked for a butt to RODI, distributor official GoldenTyre in Spain, who came to me on Friday morning… Just in time! 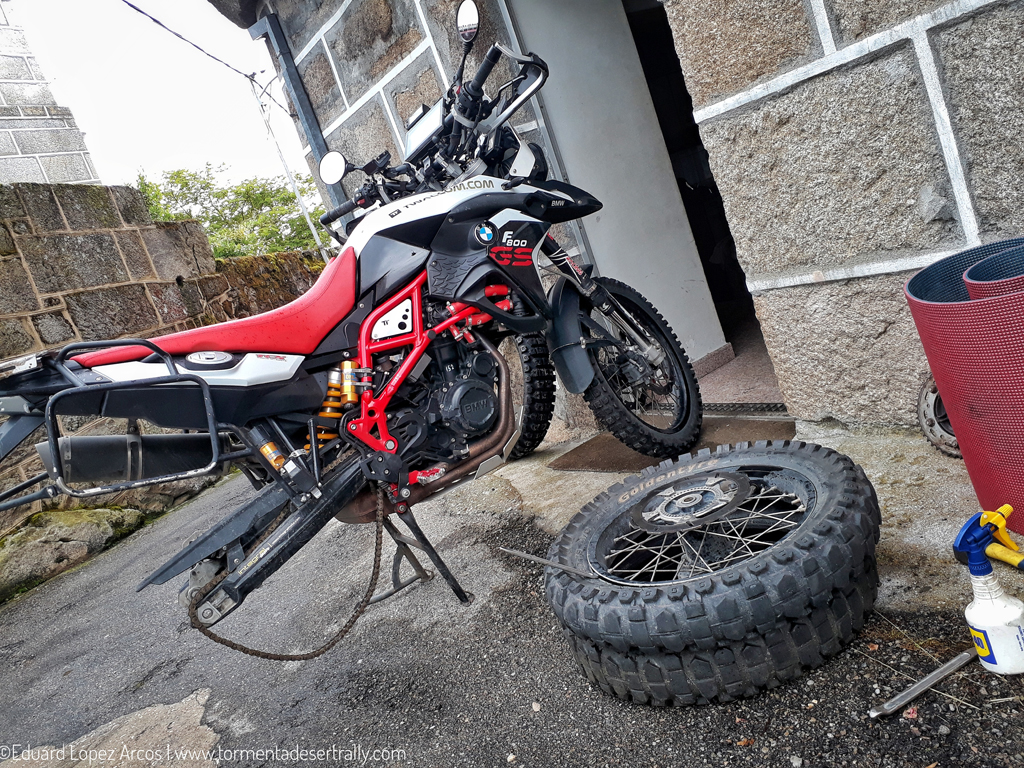 I got out very late from Galicia. They waited for Me two hours of travel with soft rain to get to Fafe and pass the verifications before midnight. 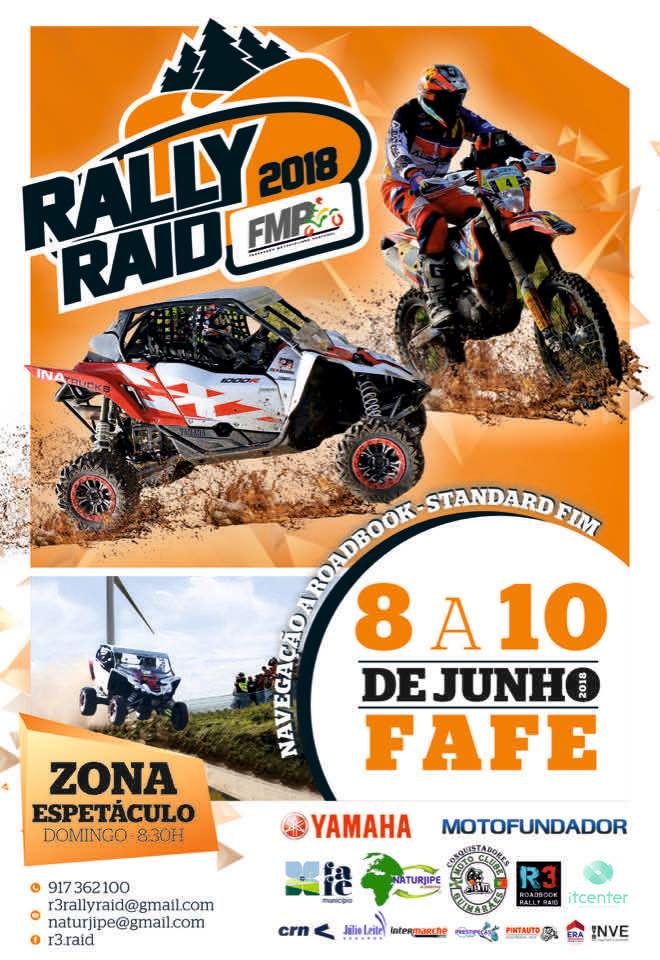